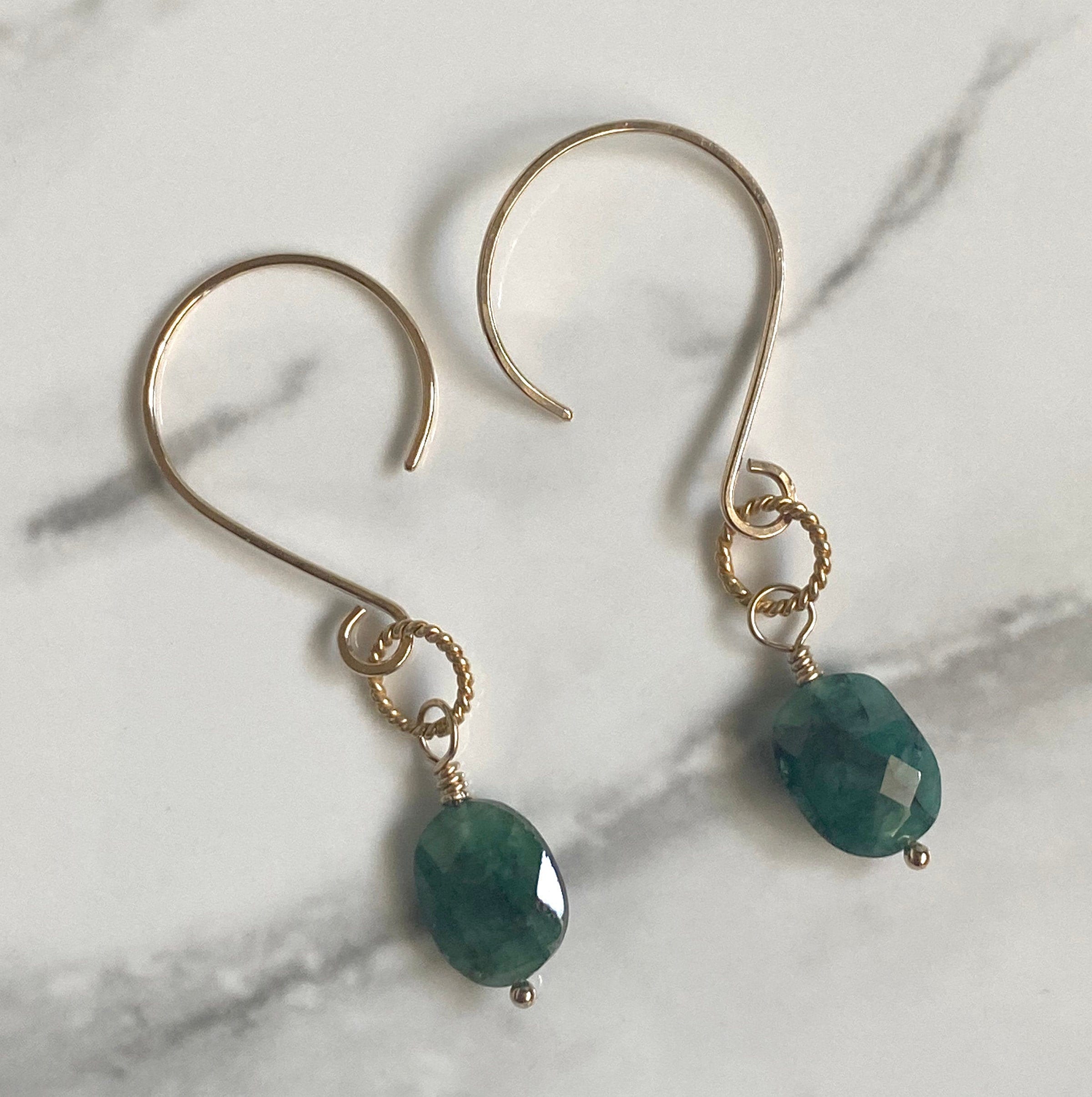 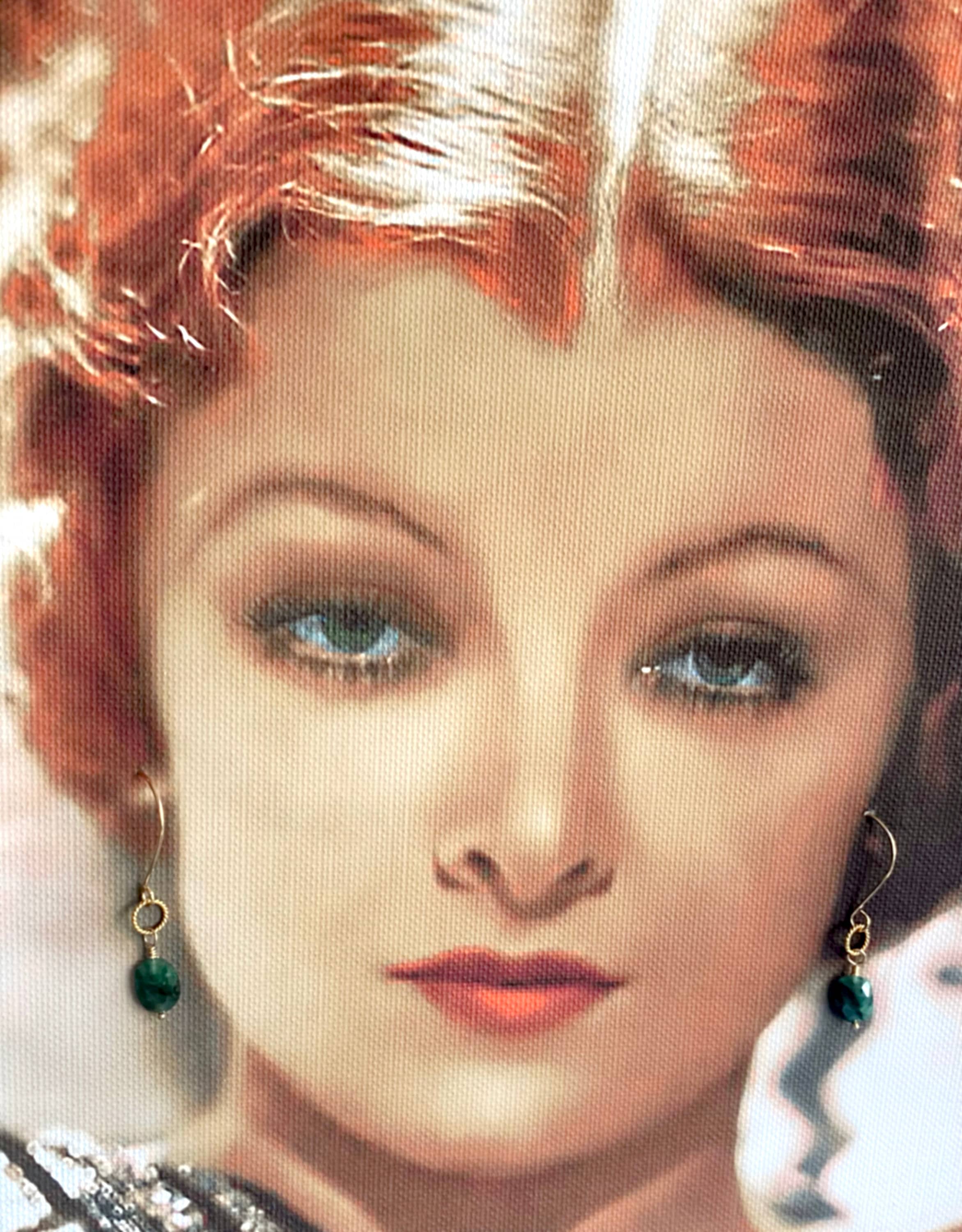 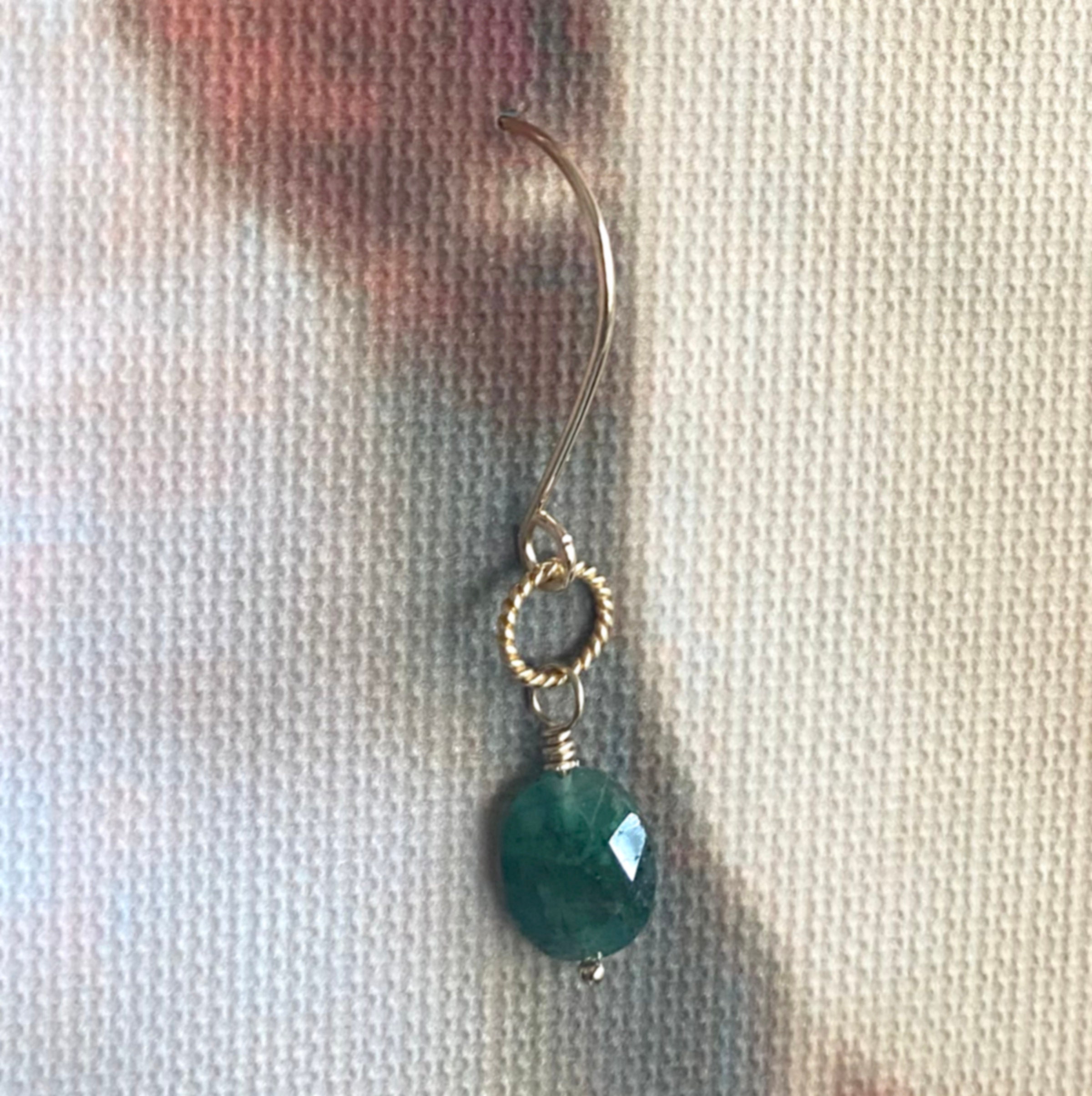 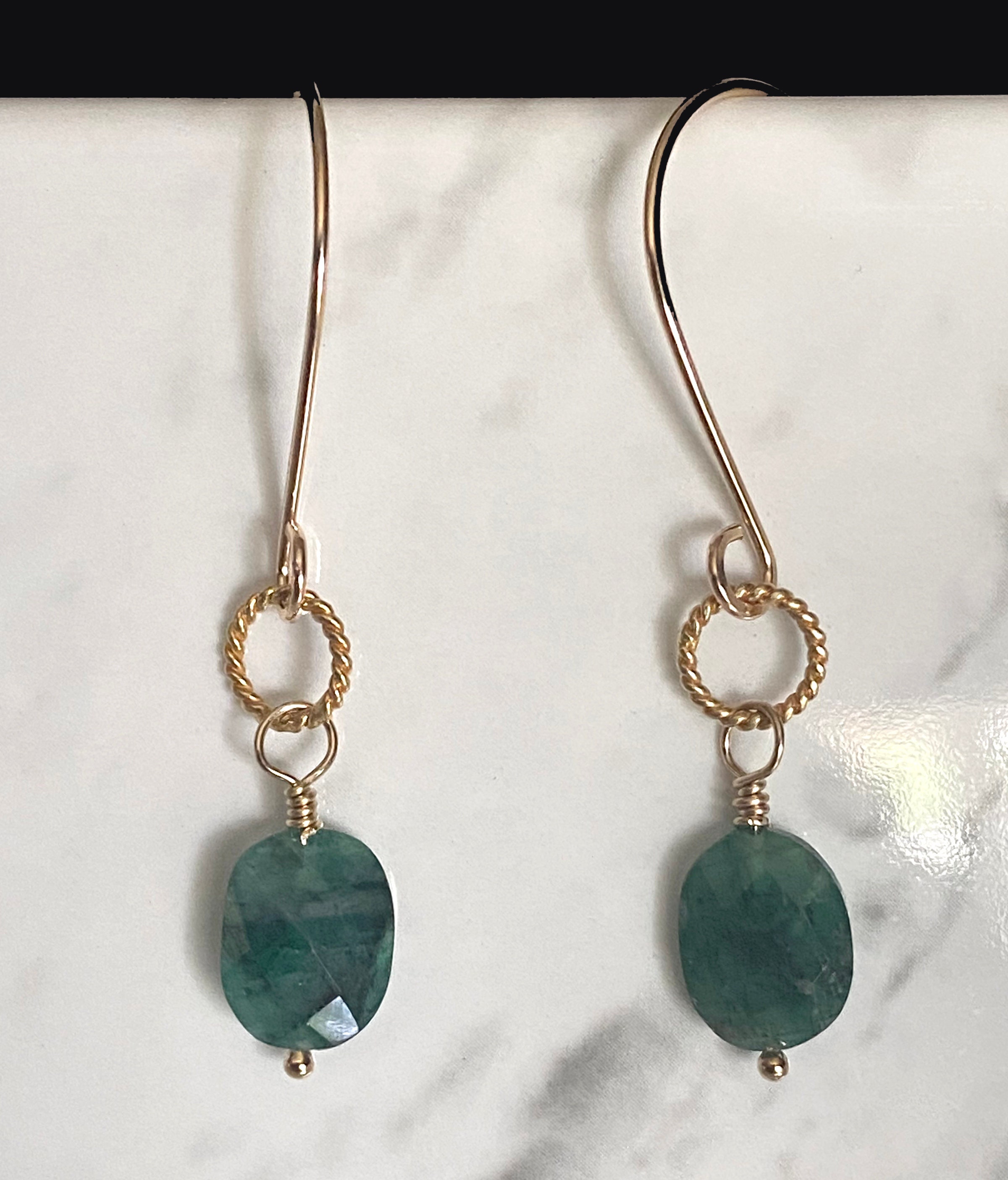 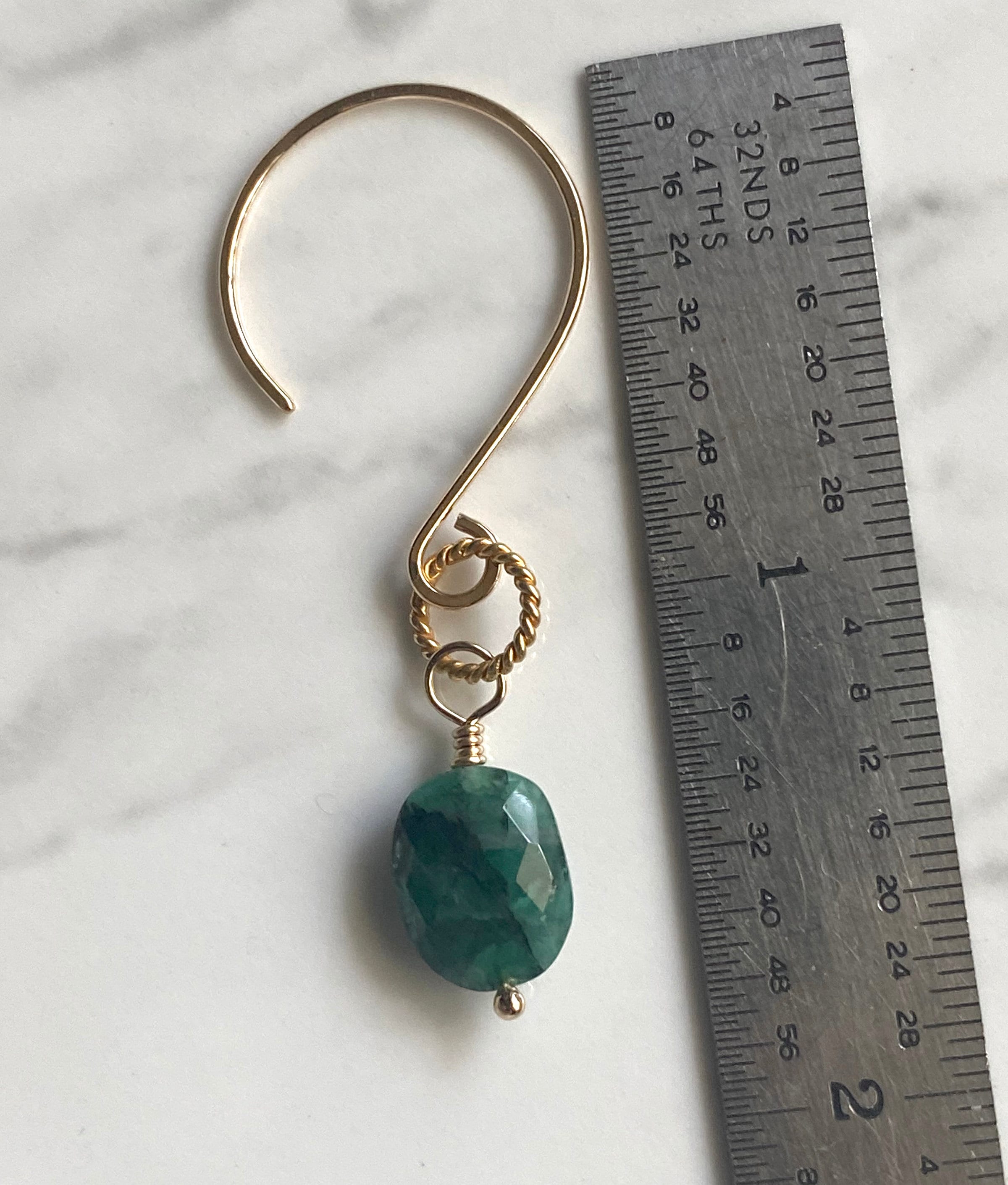 Raw emerald gold-filled earrings for pierced ears. The raw emeralds are 10x8mm and dangle from 14k gold-filled rings. The total length of the earrings is about 1.75 inches.

Ear wires and all metal is 14k gold filled. Gold-filled contains 100 times more gold than simply gold plated. It is usually considered a lifetime piece of jewelry. Under the same care as precious metal jewelry, 14/20 gold-filled jewelry will not peel, flake, or wear off. It can be treasured as heirloom pieces. Gold-filled jewelry, unlike gold-plated jewelry, can be polished and cleaned with jewelry cleaner. The layer of gold will not eventually rub off. It will not tarnish and it is safe for most people with sensitive skin and allergies.